Expressing yourself can be hard as fuck sometimes. Especially when you don’t have something necessarily good to say.

But in hindsight, it’s better to at least try. Though the convo may not play out as you thought/planned, hell at least you tried. At least you put forth the effort to let the other person know what was on your mind, on your heart.

And if they can’t appreciate the value in that, then there’s something wrong with them, not you.

Communication is so important on every level of life. Sometimes we get so caught up in the fact that someone is saying something ‘negative’ and we forget to even just appreciate the fact that they’re expressing themselves. Allowing themselves to express how they feel.

And don’t let the fact that previous conversations turned into arguments keep you from listening to them.

Listen to respond, not to react.

I believe people can change, for good or bad, but they can change. So every conversation isn’t going to be like the one before. You or they don’t always have to be the villain in the situation. Maybe they fuckin figured it out and actually just want to tell you something that’s concerning them. They felt safe enough to tell you, so respect that and embrace the connection rather than whatever ‘negativity‘ you feel coming from it. Don’t get upset, just connect and understand them. 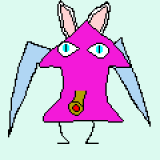 I'm a happily married mama out here living my best life.
Drinking the best wines, having the greatest time.

Hey, thanks for stopping by! I’m just an average mom and wife trying to survive. Brace yourself for mediocre pictures, rants, and more.

I’m currently looking for artists in search of management. I own KPFB Entertainment and would love to hear your music! Contact Me for more information.